The Phillips Collection, in collaboration with the Pinacoteca Giuseppe De Nittis, the City of Barletta, Italy, and the Puglia Region (Italy), presents the first exhibition in the US devoted to the work of Giuseppe De Nittis (1846-1884), an Italian painter whose career flourished in Impressionist Paris in the 1870s and 1880s. The exhibition is only shown at the Phillips and features approximately 70 artworks.

Although not well known outside of Italy, De Nittis is a central figure to the aesthetic and institutional upheavals of 1870s Paris. His urban scenes of Paris feature innovative arrangements and plein air subjects painted with a detailed realism that depicts a sophisticated and economically booming city—a choice unique to De Nittis’s work. New research is presented in the exhibition about De Nittis’s friendships with Edgar Degas and Edouard Manet, and his early collaborations in Naples with a young Gustave Caillebotte. Work from all periods of De Nittis’s career is featured along with select works by his most important artist friends in Paris.

The Phillips Plans a Party

The Phillips Plays Outside 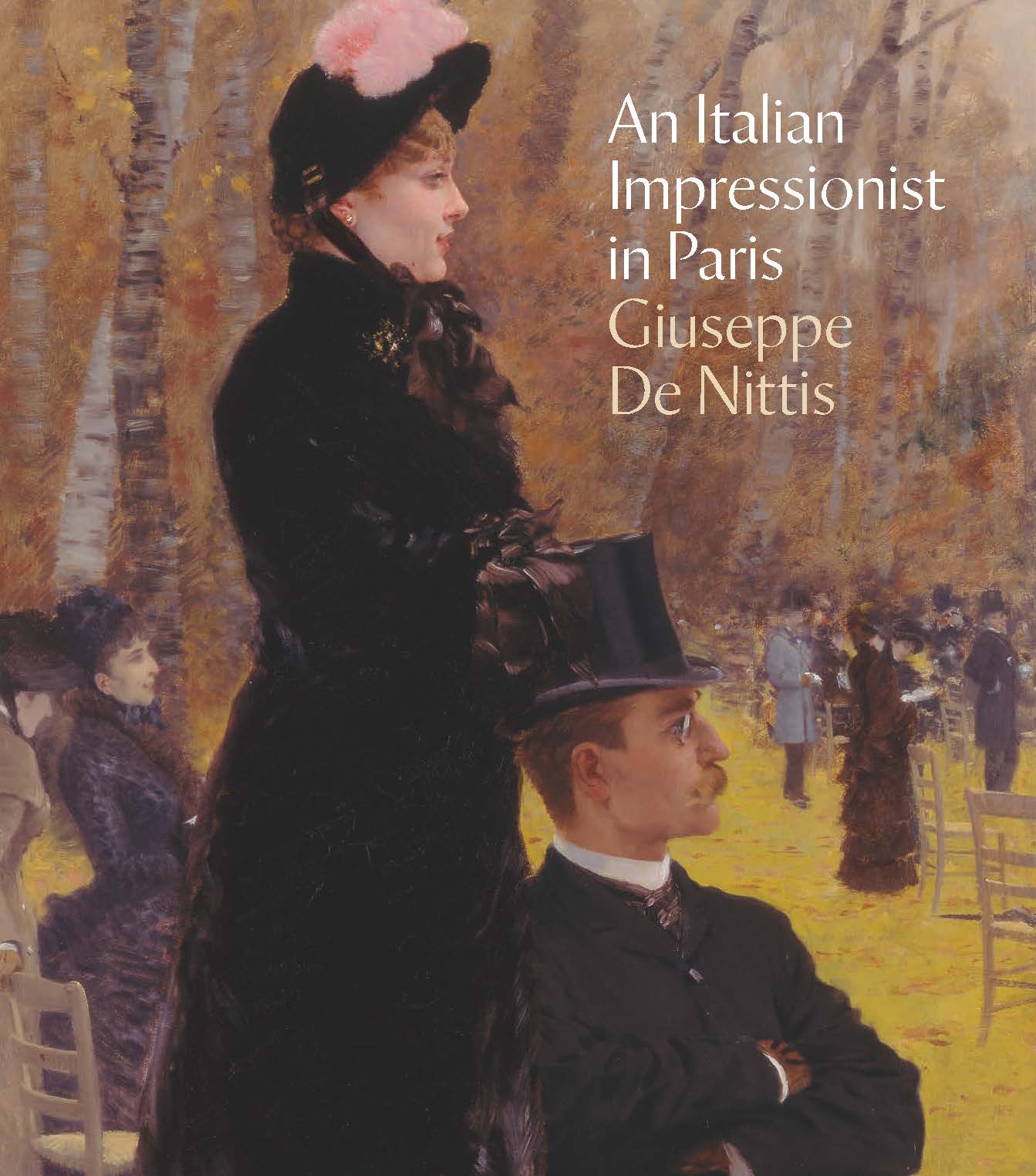 An Italian Impressionist in Paris: Giuseppe De Nittis is organized by The Phillips Collection under the patronage of the Italian Ministry of Culture.

In collaboration with the Pinacoteca Giuseppe De Nittis, the City of Barletta, the Soprintendenza Archeologia, Belle Arti e Paesaggio per le province di Barletta-Andria-Trani e Foggia [BAT-FG] and the Region of Puglia with the Fondazione Pino Pascali.

Made possible by The Phillips Collection’s Exhibitions Endowment Fund, which is generously supported by the Sherman Fairchild Foundation, Michelle and Glenn Engelmann, Robert and Debra Drumheller, and The Marion F. Goldin Charitable Fund

In 1913, Léontine Gruvelle De Nittis, the artist’s widow, bequeathed nearly two hundred of De Nittis’s paintings and drawings, as well as more than one hundred fifty books and archival documents to the City of Barletta, the artist’s hometown on the Adriatic Sea in southeastern Italy in the Region of Puglia. Her bequest was unprecedented in the Italian and European context of the time. When the De Nittis collection arrived in Barletta in 1914, it was housed in temporary locations until 2006. It finally found a suitable and permanent home in 2007 in the prestigious Palazzo della Marra, an elegant and now restored Baroque palace. This significant collection is comprised of those works that were most personal to De Nittis and that he did not wish to sell. A new installation of the artist’s work at the Pinacoteca in 2019 by Curator Renato Miracco has given increased emphasis to this Italian artist’s international role within the panorama of European nineteenth-century art.

ABOUT THE FONDAZIONE PINO PASCALI

The Fondazione Pino Pascali is dedicated to the legacy of its namesake who was an important postwar artist. Pascali (1935-1968) was born in Bari, the capital of the Region of Puglia.  He is associated with Postminimalism and was a pioneer in the 1960s of the Italian Arte Povera movement. In 1998, thirty years after his accidental death at the age of thirty-two, the artist’s family established the Museo Pino Pascali with works and memorabilia of the artist. The museum was transformed in 2010 into the Fondazione Pino Pascali, which is shared by the Region of Puglia and the Municipality of Polignano a Mare, a town located on the Adriatic Sea between Bari and Brindisi, two of the main cities of Puglia. The current location of the Fondazione Museo Pino Pascali is a restored former municipal slaughterhouse overlooking the sea. The Fondazione not only exhibits the work of its namesake, but also shows the works of other important Apulian artists and those who win the Pino Pascali Prize.

ABOUT THE REGION OF PUGLIA

The territory of Puglia is a long, narrow peninsula that is the heel of Italy’s boot. This Southern Italian region is bordered by the Ionian and Adriatic Seas and possesses one of the most important and historically stratified cultural heritages that are broadly European, rather than Italian. Many prehistoric archaeological sites exist in the region, some dating back 250,000 years. Originally inhabited by an Illyric population, the region was always a strategic area for Mediterranean peoples and since early times was colonized by the Greeks and then the Romans in the 4th century. It is a land where ancient peoples and a succession of conquerors have left their traces in innumerable monuments throughout the territory. Today one finds not only castles and towns like Lecce with its baroque splendor, but also rich culinary traditions and important museums like the Pinacoteca Giuseppe De Nittis and the contemporary Fondazione Pino Pascali. To preserve all of this is the responsibility of the Cultural Office of the Puglia Region.